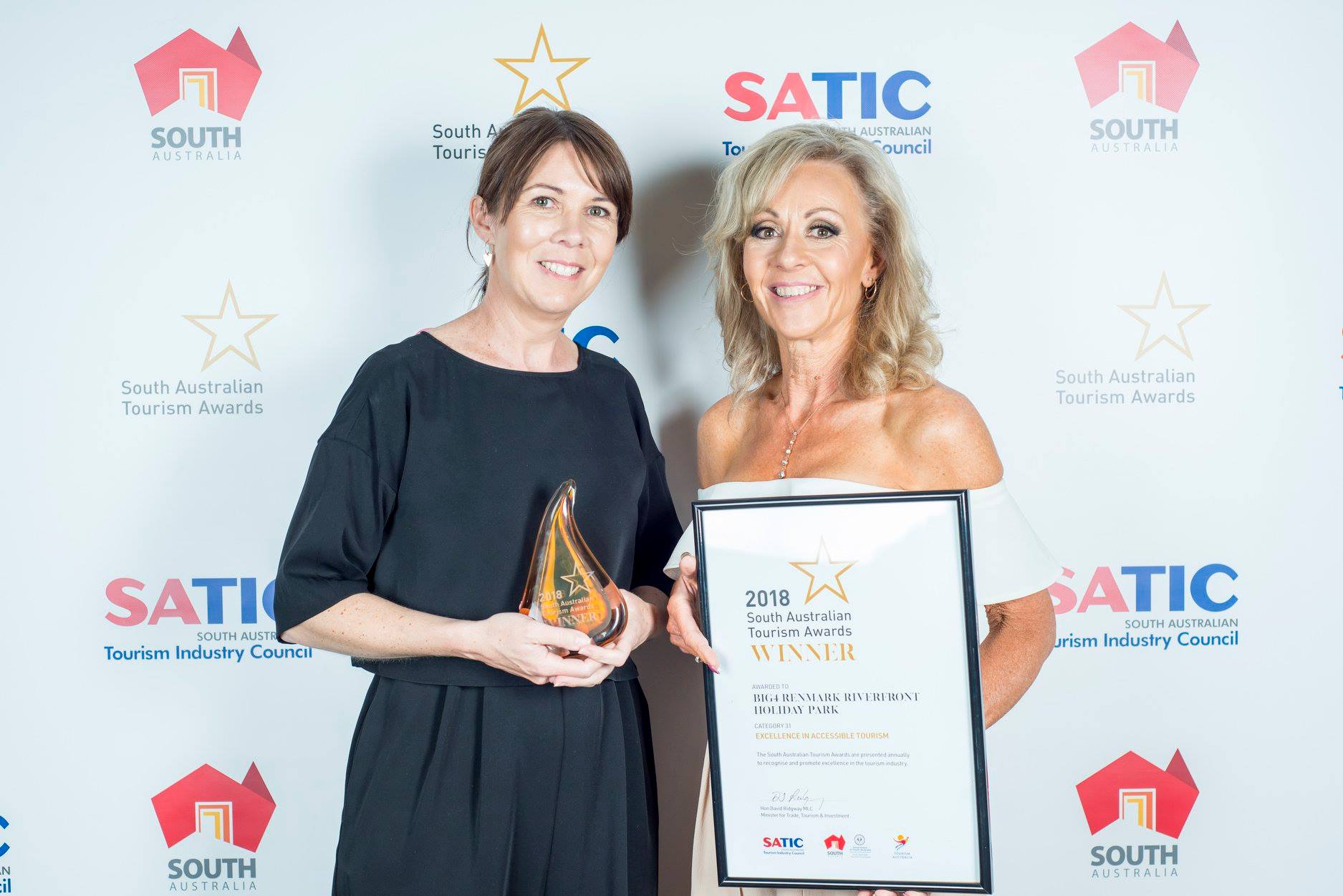 Friday 9th November 2018, the South Australian Tourism Awards ‘Night of Nights’ surely was a night we will never forget!

For the first time ever in a state based Tourism Awards program, three businesses have been officially acknowledged for their ‘Excellence in Accessible Tourism’!  Right up there next to Luxury, Adventure, Eco, Food and Cultural, South Australia has paved the way for recognising Accessible Tourism!

The park, situated on the banks of the mighty Murray River in Renmark, South Australia, has almost 1km of absolute river frontage. With a choice of accessible self contained accommodation or caravan and camping sites, level or ramped access to all major facilities around the park including the pool and waterpark, plus the most recent addition of a Sensory Room… the Renmark Holiday Park is certainly a worthy recipient!

The team accepted the award in memory of their nephew Riley who was affected by Autism, and sadly passed away recently.

“We are so excited to have won the Excellence in Accessible Tourism award. We’d like to thank The Good Scout Travel Co for their support and encouragement on entering the category this year, without that we wouldn’t have made a submission! Winning this award has encouraged us and given us even more inspiration to continue the development of our property, services and facilities to be more inclusive.” Susan, Big4 Renmark 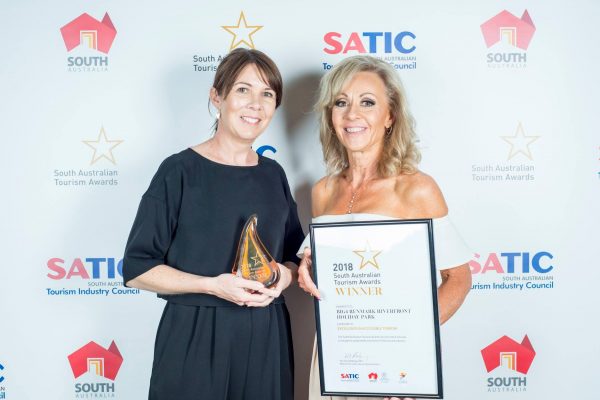 The Naracoorte Caves National Park in South Australia’s South East, is SA’s only World Heritage site, listed in 1994 due to the importance of the site’s megafauna fossils. Of the 28 known caves in the park, four are open to the public.  But as with the nature of caves, all underground sites are accessed via stairs. However, above ground the Roof Top Loop Walk provides universal access for people of all ages and abilities. The 850m walk linking the Wonambi Fossil Centre with the Bat Observation Centre, Bat Cave and Blanche Cave, the Loop Walk has plenty of interpretive signage and uses cave markers to indicate when you are over a cave, giving insight into what’s underground. Strategically placed viewing platforms provide a glimpse into the cave interior.

There are great facilities at the Adelaide Zoo! Majority of the walkways and trails are flat and wide and access to the Wisteria Restaurant, Fig Tree Café and Zoo shop are all step free. There is one staircase within the zoo, however those animal enclosures can still be accessed via another route. There are accessible bathrooms throughout the site, and the Natures Playground bathroom is  fitted with a full body ceiling hoist. Several animal experiences including the Chamelon & Co Encounter, Giraffe Feed, Panda & Friends, Squirrel Monkey, Hippo Interactive and Big Cat Interactive are accessible. There is plenty of parking close by, Government issued carer and companion cards are accepted, and their location map is packed full if all the info you need.

It was back in 2017 when we first floated the idea of a state based Accessible Tourism award, with Leon Bignell (the then Minister for Tourism). He has always been a great supporter of ours and encouraged us to push this with the state based authority. When we approached SATIC to chat about the possibility of including an award that recognises businesses who make a real effort in welcoming people of all abilities, we were well aware of how packed the program already was. But, we just knew the impact the inclusion of this award would have on the industry and ultimately on our community of travellers in the long run. SATIC, embraced the idea and were equally as excited about the outcomes and opportunities around this award.

Fast forward to May 2018, we’d been given the go head and set about contributing to the award framework… what a massive achievement to get this up and running, something we couldn’t be prouder of.

And now here we are, South Australia leading the way!

With the support of this years award coming from Tourism Australia, we have every expectation that other states will follow and look forward to the award being recognised nationally in the future.

We are so thankful to have such a progressive and innovative industry behind us. With support and collaboration from the likes of the Honorary David Ridgway – Minister for Trade Tourism and Investment, SATIC, The Department Environment and Water and SATC we will continue to drive accessible tourism across SA and beyond.

Over 750 tourism industry representatives came together on Friday to celebrate the hard work, commitment and outstanding success in delivering best business practice across South Australia’s tourism sector. The Awards acknowledged more than 30 category winners, including four Hall of Fame inductees plus three first-time entrants were crowned best in their categories.

Learn more about the Tourism Awards. 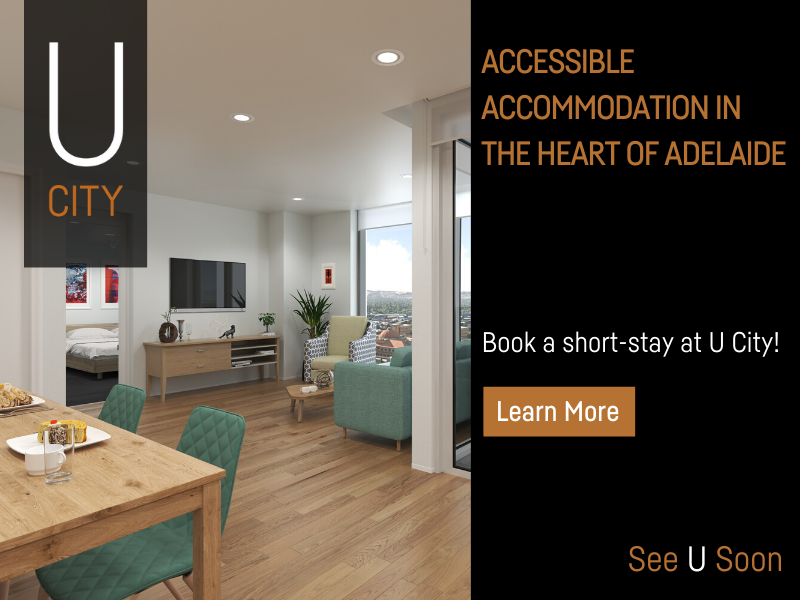 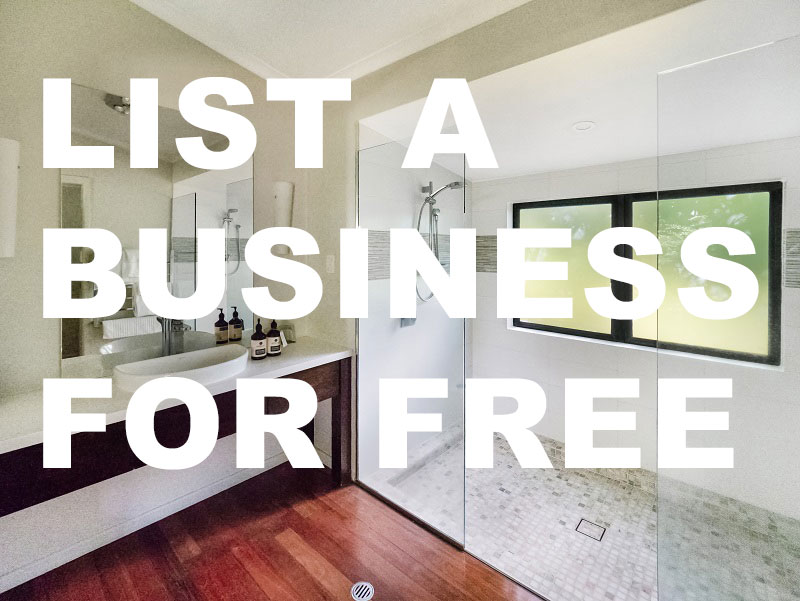 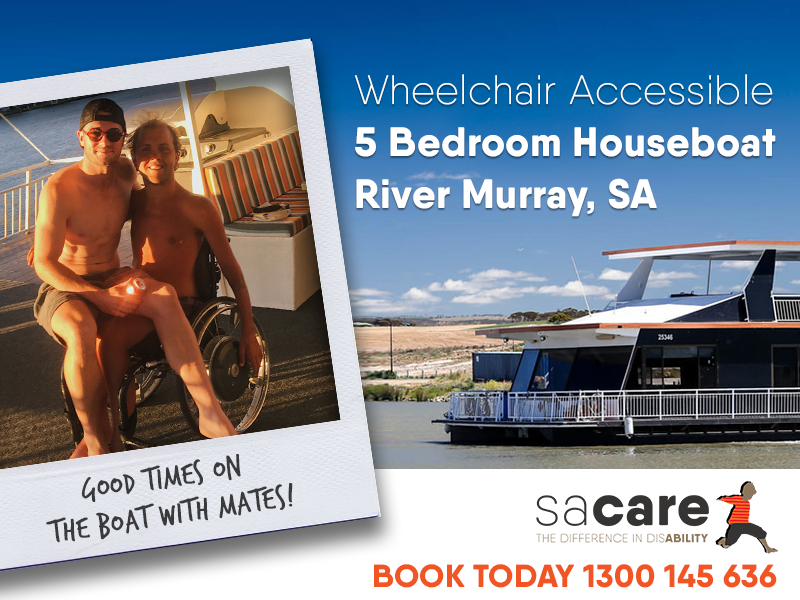